For the first time, this year's wrestling event was attended by representatives of the Mongol ethnic groups from abroad, and it was a beautiful festival that symbolized the harmony of all Mongol nations. A total of 26 wrestlers from Southern \Inner\ Mongolia, Tuva, Kalmykia, and Buryatia participated at the invitation of the Mongolian National Wrestling Federation (MNWF). World Mongol Congress\ Federation and Dashvaanjil LCC, and other organizations cooperated and supported Mongol wrestlers with MNWF.
-

“Wrestling Festival of the Mongol Tuurgatan/Nation, organized annually by the "World Mongolian National Wrestling Federation", was held in our country for the first time in 2009. The honorary president of the federation is Dagvadorj. D and the head is Juramt B. /as of 2012/. In short, the goal of organizing the festival is to unite the Mongol ethnic and nation, Juramt Bukhuu once said”.

It was organized in order to popularize and develop Mongolian wrestling among the felt tent dwellers/tuurgatan and make it known internationally. However, Mongolian wrestlers have never participated in the National naadam, and with the revision of the law on the National naadam festival, wrestlers of World Mongols can compete in the naadam festival. 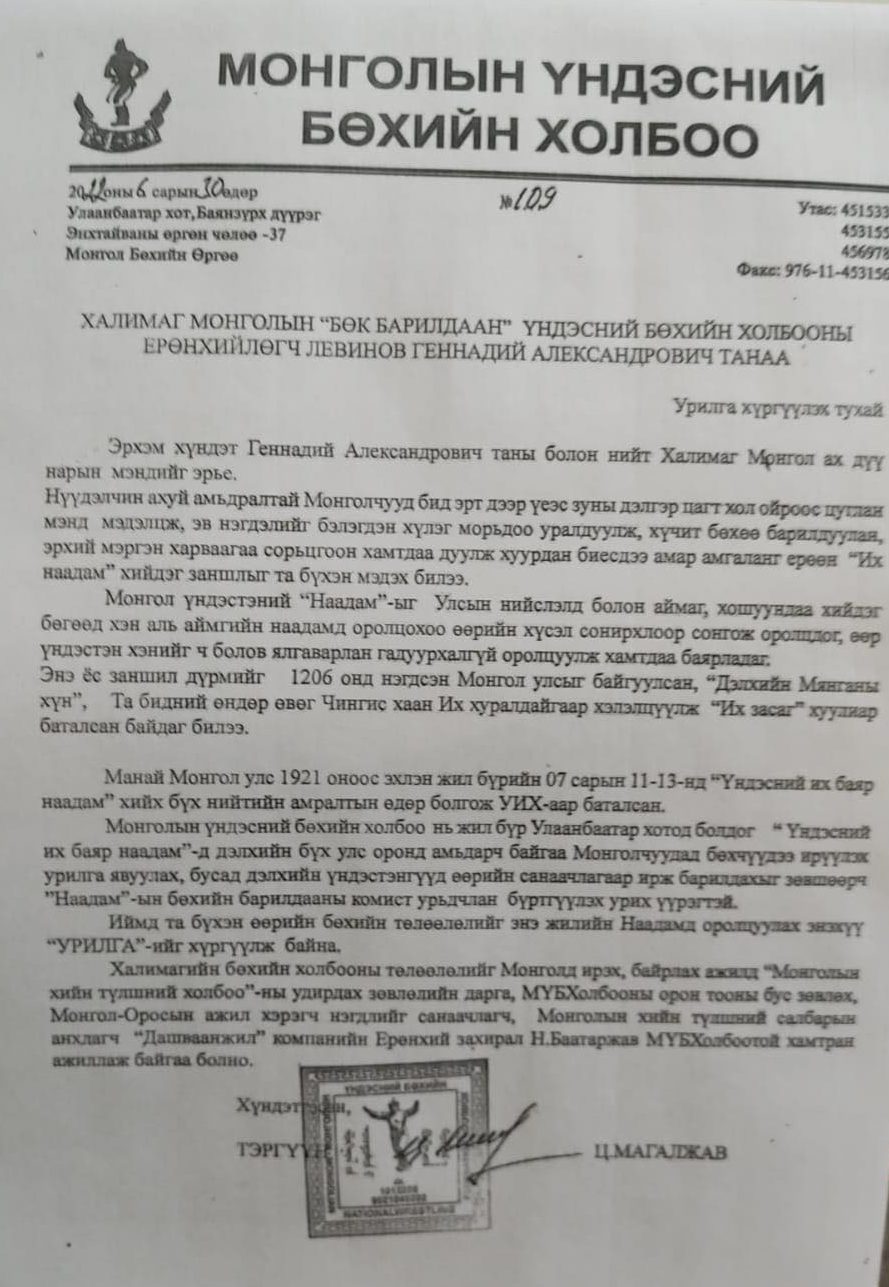 As for the previously organized World Mongols’ Festival, between 2009 and 2018, its scale expanded and became a major international event where Mongols travel to Southern /Inner/ Mongolia, Buryatia, and Tuva to meet and unite through art, culture and tradition.

"It is necessary to encourage and glorify the Mongol nations abroad who fight and promote Mongolian wrestling. "Therefore, MNWF is planning to effectively organize 2-3 teams out of 32 teams from Southern /Inner/ Mongolia, Tuva, and Buryatia to participate in the team wrestling series that will be held in autumn from October to even months."

Listed according to the year of the World Mongols Festival:

Representatives of the World Mongol Ethnicity participating in the naadam 2022

Buryat Mongols from Republic of Buryatia participated in the naadam 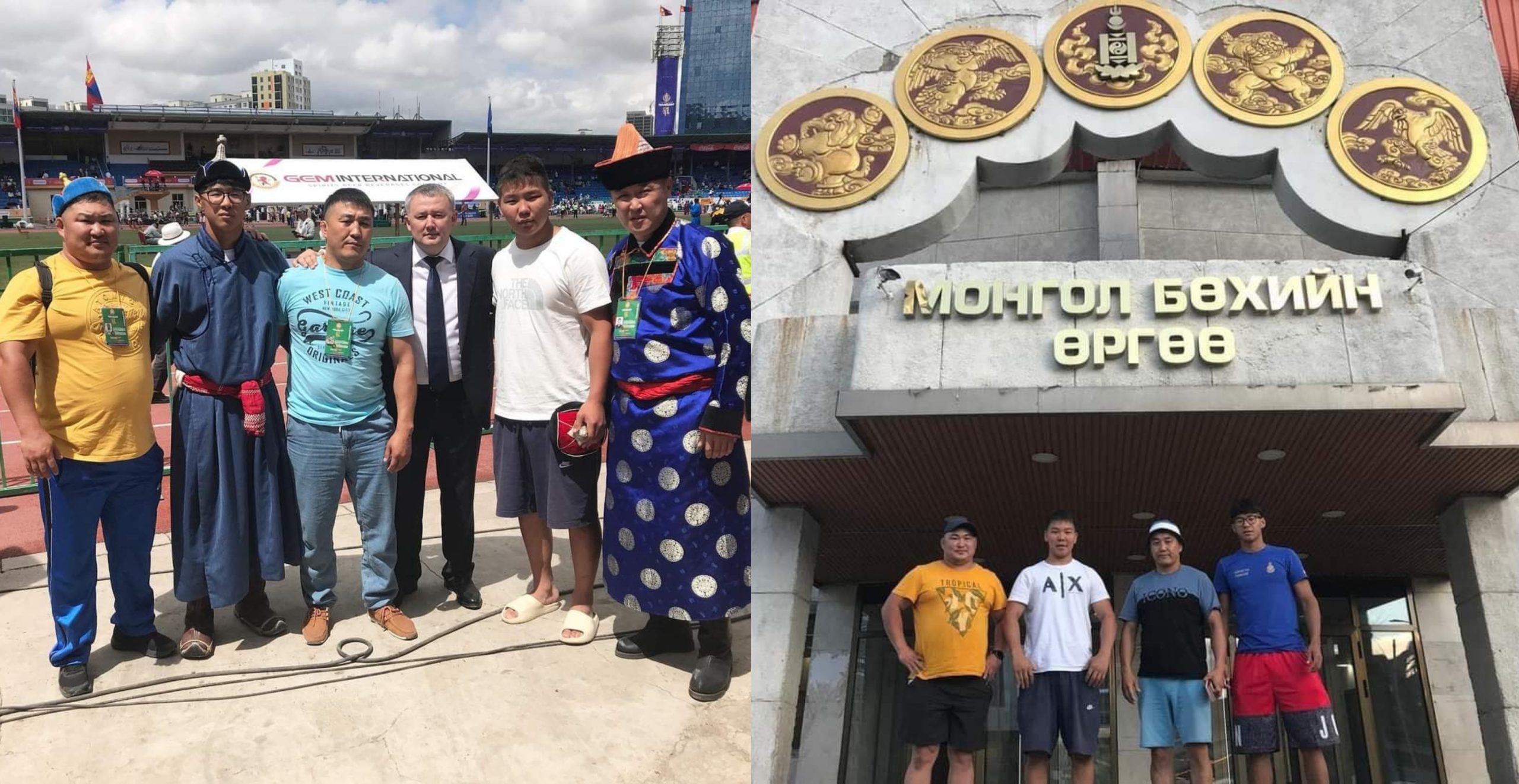 2 coaches and 2 wrestlers from Ulan-Ude city of Buryatia participated. The names and achievements of Buryatia wrestlers who wrestled in Mongolia: 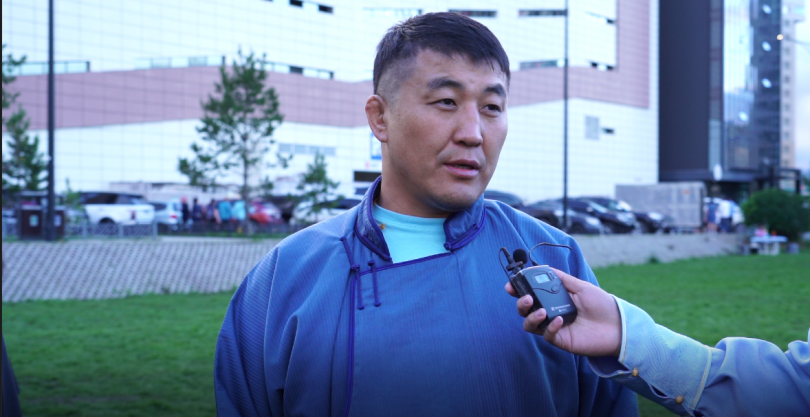 He said that the Buryatia Naadam is coming soon, so the wrestlers with big titles have not yet participated this time. He had come to Mongolia several times before and had his wrestlers wrestle.

Tuva Mongols from Republic of Tuva participated in the naadam 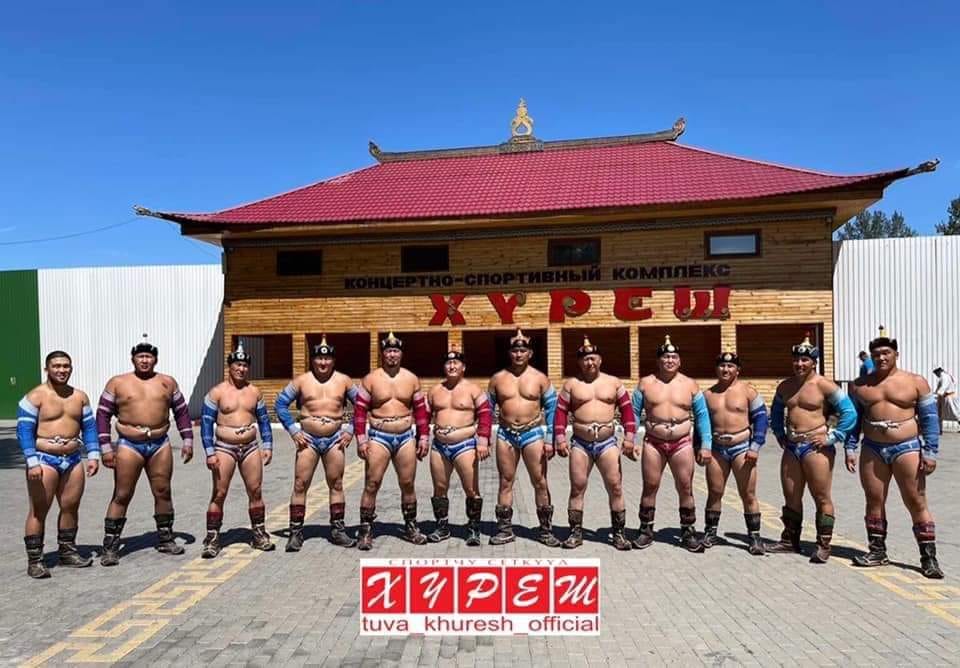 A total of 19 representatives from Tuva, 15 wrestlers, 2 junior wrestlers and 2 coaches, successfully participated. Names and titles of Tuva wrestlers who wrestled in Mongolia:

Among the Tuva wrestlers, Karasal Tseden-Ochir should be highlighted. As for him, he is a member of the Tuva parliament and is the head of their National wrestling federation. Before competing in the National Naadam, he won the Sergelen soum naadam of the Tuv aimag and was awarded the title of Zaan (Elephant). 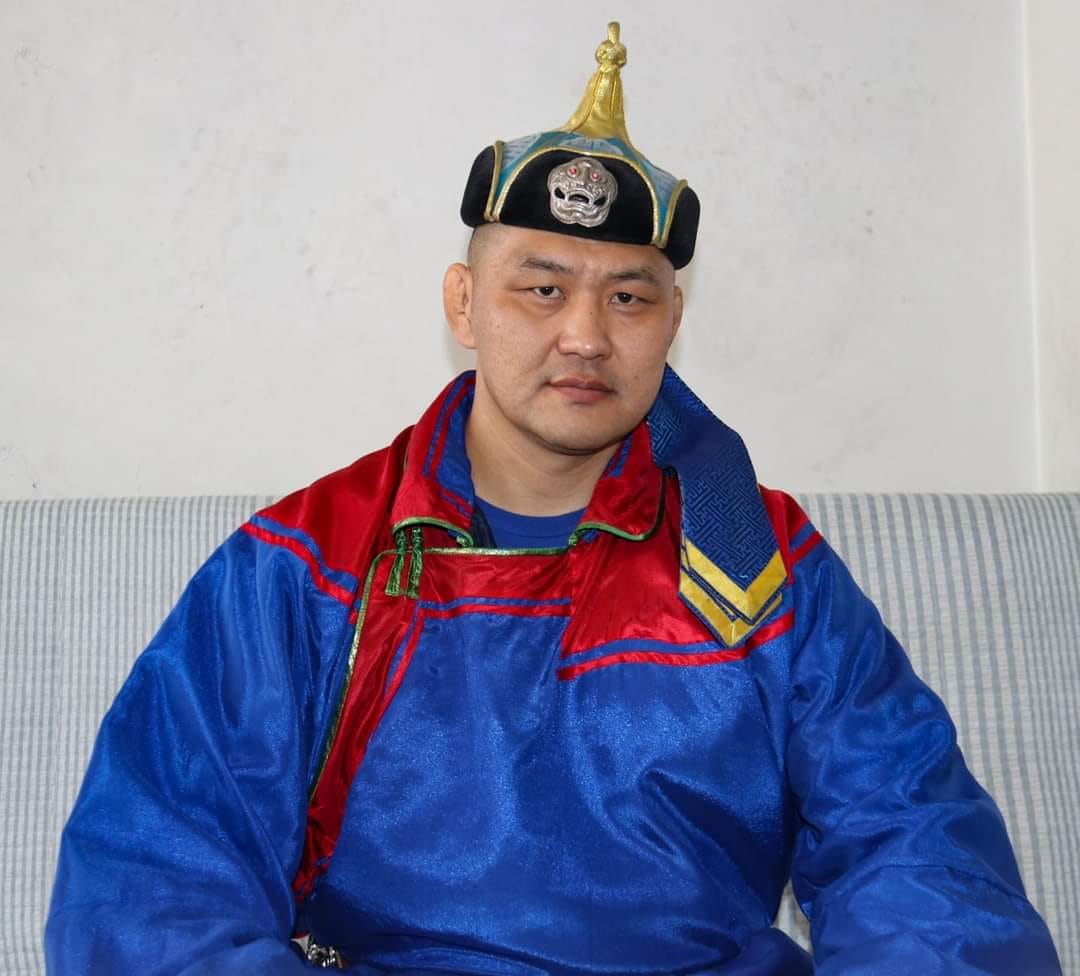 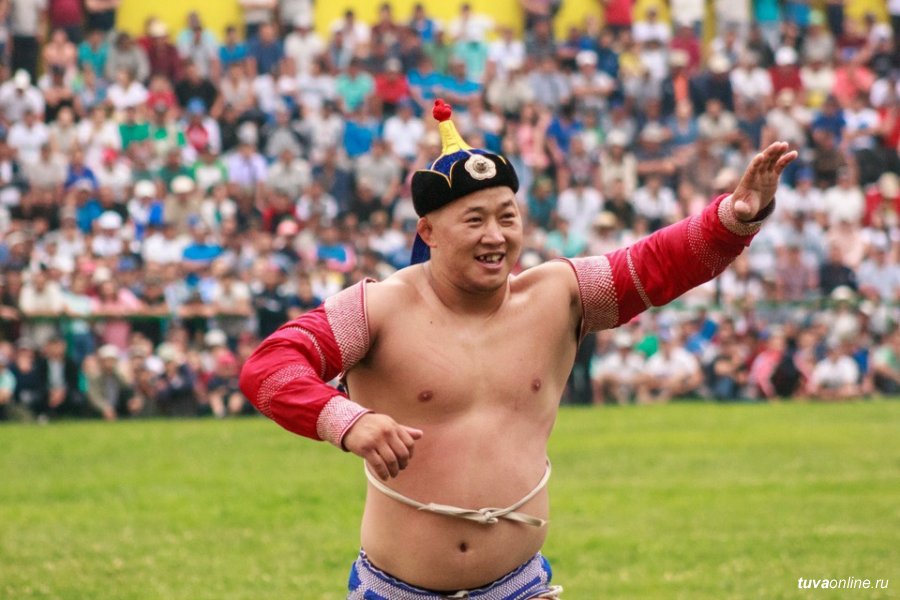 He was born in 1983, a native of Ar Khorchin District, Ulaan Had City. Lecturer at Hokkaido University, Japan. Doctor of Natural Sciences. Wrestler of the Mongolian Wrestling Club in Japan.

Kalmyk Mongols who participated in the naadam from Kalmykia

1 wrestler, 1 coach, and 1 visitor, total of three people from Kalmykia greeted us with tears as soon as they arrived in Mongolia, saying that everything is really good in Mongolia. 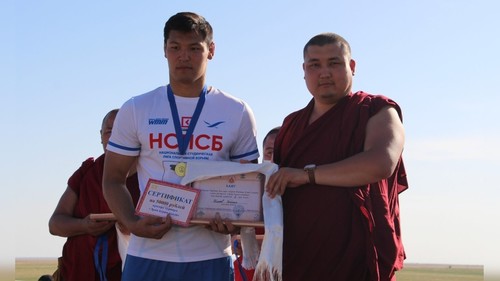 Imeev Saikhan, a 23-year-old wrestler from Kalmykia Republic of the Russian Federation, is a freestyle wrestler and gymnast. He has won the Kalmykia national wrestling, and got the right to participate in Mongolian naadam. His father holds the titles of master of sports of the Soviet Union in freestyle wrestling, master of sports of the Russian Federation in Greco-Roman wrestling, absolute champion and titled “Avarga” of Kalmykia national wrestling. 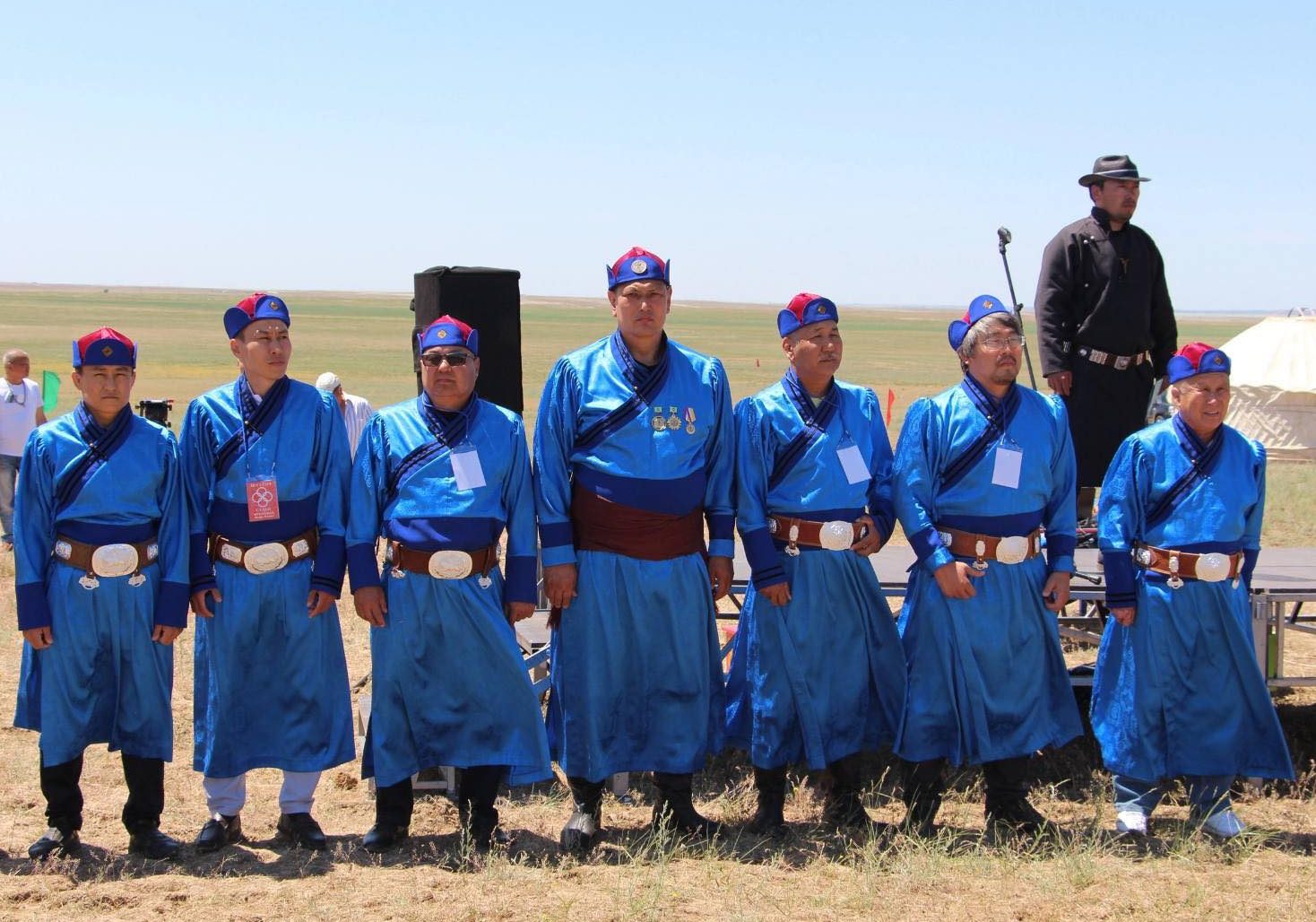 Gennady Aleksandrovich Levinov, the honored coach of Russian Federation and the president of Kalmyk Mongolian National Wrestling Federation "Bok Barildaan", is coming to Mongolia for the first time. Bagtaya Basang, the athlete trained by him, is in the Russian national team and won a bronze medal at the Tokyo Olympics.

Anjuran Murgen came from Kalmykia to watch the naadam festival

He is coming to Mongolia for the second time and has come to see this year's naadam festival. Mergen is engaged in animal husbandry in his area. He said that we Mongolians are brothers and sisters and need to be close. He shared that he remembers us warmly.

He sent a video of her taking care of her horse from Kalmykia.

We wish our Mongols from the world to come back to Mongolia with more training and participate successfully in next year's naadam and other competitions. It is imperative that the Mongols and ethnic groups of the world pass on the ancient rich history and culture to the next generation and strengthen their cooperation and harmony, and may the many activities to develop the cooperation of the Mongols continue to expand in the future.

Nevertheless, next year's naadam is still far away. . .

END_OF_DOCUMENT_TOKEN_TO_BE_REPLACED

“THE SECOND MORIN KHUUR FESTIVAL” WAS HELD IN NORTH AMERICA

The Morin Khuur Center in North America successfully hosted the 2nd Morin Khuur Festival in the United States on October 9-10. The firs...